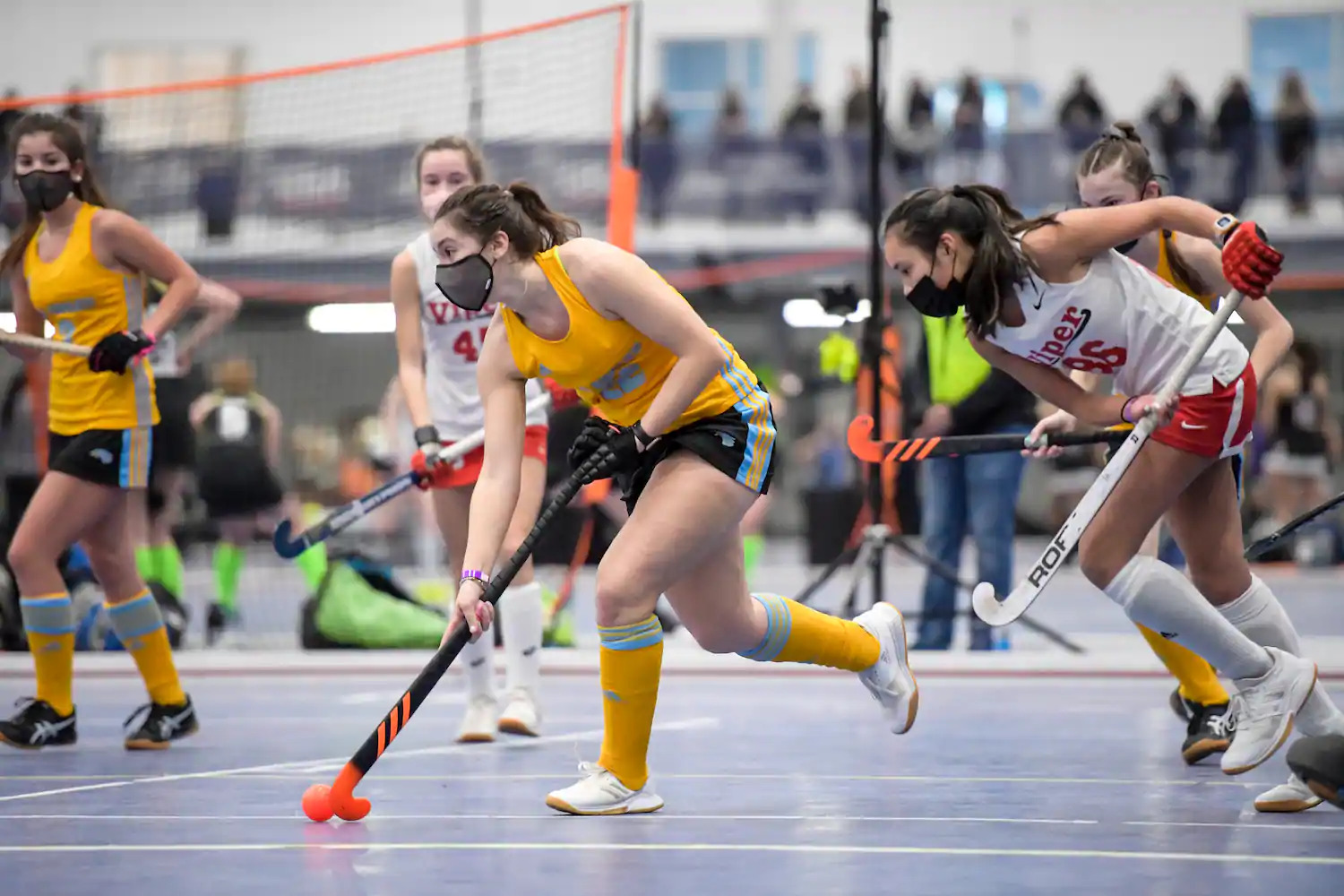 I am very pleased to share with you some of the outstanding achievements by our current W C Eagles teams and players and our alumni this past year:

DISNEY: WC Eagles repeated as both the Under 16 and Under 19 Disney Champions

The year started with 17 year old Beth Yeager and alum Maddie Bacskai and Julianna Tornetta making their debuts for the USA Women’s National Team, playing in the Pro League against Belgium and Great Britain.

17 year old Ashley Sessa, Paityn Wirth and Cassie Sumfest earned their first International Caps against Canada at the end of November. They were joined by Julianna Tornetta for these USA games.

Most recently, we are extremely proud that 7 WC Eagles have been named to the USA Team to compete in the Pan Am Cup in Chile next month. They are Charlotte de Vries, Erin Matson, Hope Rose, Ashley Sessa, Cassey Sumfest, Julianna Tornetta, and Beth Yeager. Our congratulations on this tremendous achievement.

In June, the USA Women’s National Indoor Team with 9 WC Eagles, won the Pan American Indoor Cup, beating Guyana, Uruguay, Canada, and Argentina, to take the Gold Medals and qualify for the FIH Women’s Indoor World Cup which will be held in Belgium next February. Five of our 17 year olds were on the team, Ryleigh Heck, Hope Rose, Ashley Sessa, Kelly Smith, and Beth Yeager, along with alum Sam Carlino, Maddie Orobono, Rayne Wright, and Corinne Zanolli. To round out an excellent team performance, Ashley Sessa received the Best Player of the Tournament Award and Hope Rose was the Tournament’s Top Scorer.

In August WC Eagles alumni and current players Charlotte de Vries, Riley Donnelly, Gianna Glatz, Hope Rose, Ashley Sessa, and Lauren Wadas played for the USA Under 21 Team in the Pan American Under 21 Championships in Chile where they won the Bronze Medals and qualified for the FIH Junior World Cup. Again, two of our players received honors – Hope Rose the Best Player of the Tournament Award and Charlotte de Vries was the Tournament’s Top Scorer.

Charlotte, Hope, Lauren, and Riley were selected to play in the FIH Junior Women’s World Cup which unfortunately was postponed due to a Covid outbreak in the host country South Africa.

On the collegiate level, 132 WC Eagles played D1 college hockey this past season with 15 playing in D2 and D3. 49 had the honor of playing in the D1 NCAA Championships, with 2, Maddie Bacskai and Lauren Wadas, becoming NCAA D1 Champions with Northwestern University. Maddie Reuther won the NCAA D2 Championship with Shippensburg defeating West Chester University who had Claudia Jaszczak, Emma Velez, and Paige Wolfe on their team. In D3 three W C Eagles, Sadie Abboud, Maura Minter, and Morgan Seward, were on the Johns Hopkins Squad, which finished Runners-Up in the D3 Championship Game.

Stuart was selected to play for the England Under 21 in games against Scotland and Malaysia. Unfortunately, England, who were thought to be a medal contender, chose to withdraw from the FIH Junior Men’s World Cup. However, Stuart was also selected to the Great Britain Development Program and has been training and playing with them throughout the Fall.

JaJa and Izaak both played for the USA Men’s National Team in the Men’s PAIC winning the Silver Medal. Both will take part in the Final Selection Camp for a place the Indoor World Cup.  JaJa has been selected to play for the USA in the Men’s Pan Am Cup.

It is wonderful to see our Eagles continuing to fly high and being, not only wonderful ambassadors for our club but also maintaining the strong legacy for our young players to look up to and emulate.

We are very proud not only of these incredible accomplishments but more important how our players and alum and succeeding in the classroom and in their careers.

CONGRATULATIONS to you all