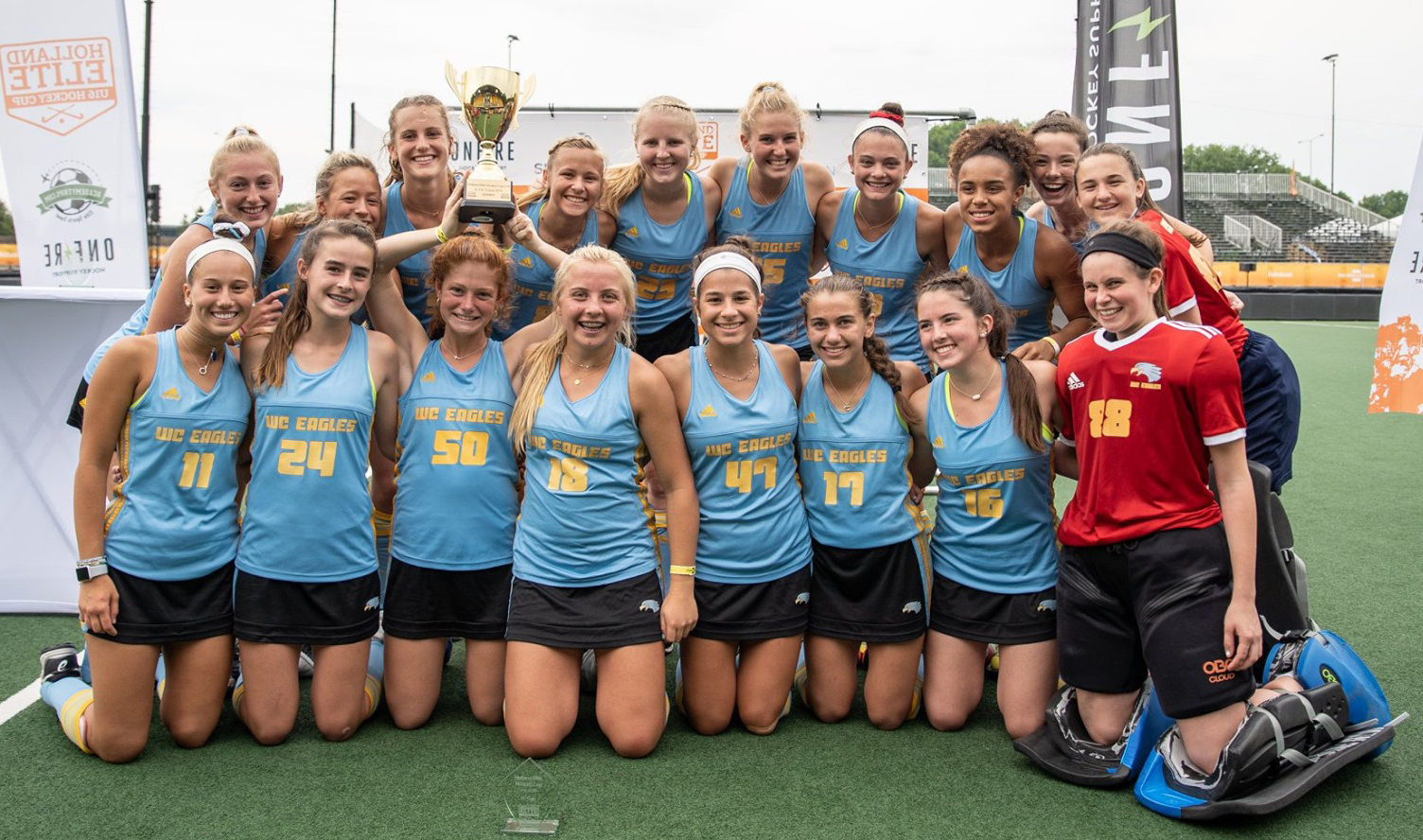 W C Eagles played consistently well against quality opposition to win the 10 team Holland U16 Elite Cup other the first weekend in June.

We opened with Dutch club HV Victoria who had difficulties coping with our strong press and speed of ball movement. After scoring two early goals W C Eagles took control of the game and ran out with an 8 – 0 victory.

Our second game was against the renowned host club HC Den Bosch. Again, W C Eagles took an early lead and were three up at the half. Den Bosch changed their tactics in the second half, moving two strikers high up the field and the game swung from end to end with both teams creating scoring chances. It was Den Bosch who got on the scoreboard, scoring twice in the last eight minutes, but W C Eagles hung on with some fine defensive play for the 3-2 win.

The next morning, we played exceptionally well to beat the Canada National Under 17 team 7 – 0, controlling the game from the start to finish.

On the last morning beat Dutch Club MHS Oss 4 – 0 to win our Pool and face the Czech Republic Junior National Team in the Semi-Final. The Semi-Final was an exciting match against the technically strong Czechs and the score stood at 1 – 0 to W C Eagles at the half. Following some corrections to our press and our distribution out of the back we took control of the game in the second half, scoring three goals without reply to beat the Czech Republic Junior National Team 4 – 0.

The Final brought us together again with HC Den Bosch. Head Coach Jun Kentwell emphasized team shape and the importance maintaining our ball speed and movement off the ball. The first half brought a tight midfield battle with W C Eagles breaking the deadlock to go 1 – 0 up just before half time. W C Eagles took control from the start of the second half, attacking at speed and forcing HC Den Bosch into uncharacteristic turn-overs. W C Eagles took an unassailable 3 – 0 lead before Den Bosch pulled one back in the final minute, and W C Eagles earned a well deserved 3 -1 win and champions of the 2019 Holland U16 Elite Cup.To cap off an outstanding team display, Beth Yeager was awarded the Tournament MVP.