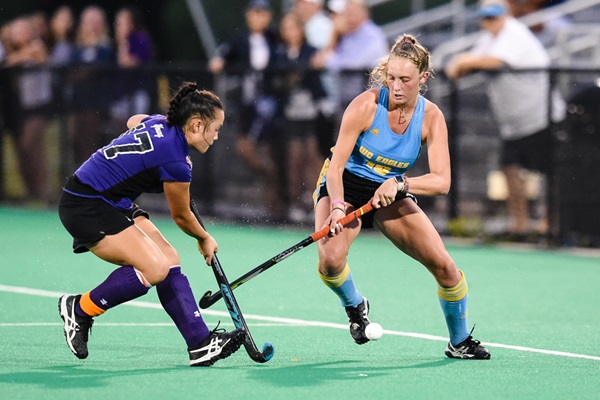 W C Eagles won all three age groups of the USA FH National Club Championships over the past nine days, repeating their success of the previous year, winning all of their 18 games and amassing 125 goals while conceding only 6.

First up were the Under 14. Getting off to a strong start in their Pool W C Eagles secured victories over North East Elite (Massachusetts) 16 – 0, Seacoast United (New Hampshire) 9 – 0 , and Freedom HC (Maryland) 5 – 0, before dispatching Warhawks (Maryland) 5 – 1 in the Quarter Final, Charlotte Ambush (North Carolina) 7 – 0 in the Semi-Final, and AGH (Connecticut) in the Final 3 – 1. This is the 7th consecutive year that W C Eagles Under 14s have been National Club Champions under the leadership of Head Coach Jun Kentwell.

W C Eagles Under 16s got off to a similarly strong start with wins over Central Penn (Pennsylvania) 15 – 0, IFHCK (Kentucky) 8 – 0, and Spirit of USA (New Jersey) 5 – 1, in their Pool.  Moving into the Quarter Final, they beat Pinnacle (Michigan) 9 – 2, then AGH (Connecticut) 2 – 0 in the Semi-Final, before scoring a 6 – 0 victory over North East Elite (Massachusetts) in the Final, to be crowned Under National Club Champions for the 6th consecutive year.

Not to be outdone, W C Eagles Under 19s repeated as U19 National Cub Champions. In hot and humid conditions, they won their three Pool games against Nook (Pennsylvania) 8 – 0, Richmond Panthers (Virginia) 5 – 0, and Field Hockey Life (Ohio) 3 – 0. In the Quarter Finals they defeated North East Elite (Massachusetts) 5 – 1, followed by a 12 – 0 win over New Heights (New Jersey) in the Semi-Final, and maintained their winning ways with a 2 – 0 score line over X-Calibur (Pennsylvania) in the Final. In the medal presentation, Kelly Smith was awarded the MVP of the U19 Tournament.“I was very proud of our players when they won all three age groups last year”, commented Head Coach Jun Kentwell, “To come back and repeat that success this year was amazing and says a lot about our players commitment to excellence and how they play for each other”.