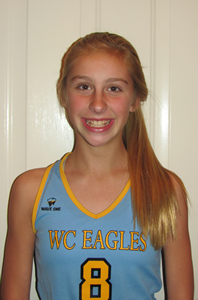 2012: Top Scorer as a Freshman (Tied with Senior Captain)

2012: Won Athlete of the Week from The Express Times

2012: Won the Colonial League Finals and placed Second at Districts, Advanced to First Round of State Finals